→ Learn How To Buy & Sell Bitcoins

You know the scenario. You’ve just dropped your phone and in that microsecond after gravity takes hold and that awful thump rattles through your ears, images flash through your mind of a spiderweb of cracked glass, petrified to discover a cracked screen, making your phone all but useless, never able to run your finger lovingly across your dear phone’s screen ever again.

In the world of technology, problems exist to be overcome and glass manufacturers may have just cracked this problem wide open (pardon the pun).

You’ll find Corning’s Gorilla Glass version 2 in your iPhone, iPad, Samsung Galaxy models and many notebook screens. As our phones get thinner, so too must the glass that used to protect the screens. As you make glass thinner, it become more brittle and prone to getting a cracked screen or shattering.

Sapphire glass has recently emerged to compete with Gorilla Glass as the strongest glass cover for our precious screens, and Apple have used a sapphire lens on the iPhone 5 camera to prevent scratches from interfering with pictures and video.

“What would people say if a cover was invented that was about half the weight, used 99 percent less energy to make, provided brighter displays, and cost less than a tenth of sapphire? It so happens that Corning has already invented that cover, and it’s called Gorilla Glass.”Jeffrey Evenson, Corning senior vice president

While sapphire is admittedly harder to scratch than Gorilla Glass and a cracked screen is rarer, Corning claims that sapphire transmits 6% less light and produces optical distortions. Sapphire is also 67% heavier and more difficult to process the thinner it gets. 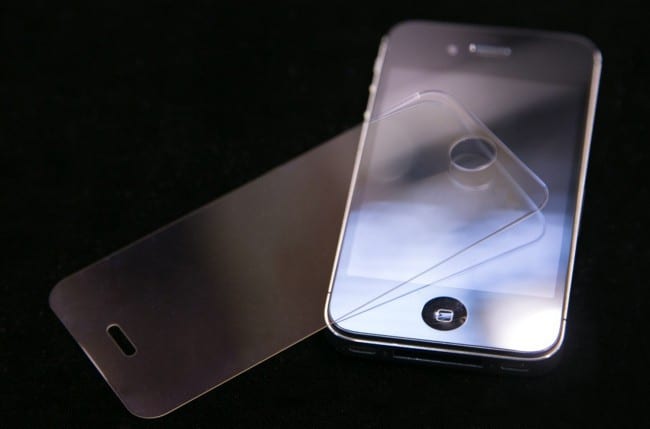 Sapphire glass proponent, GT Advanced, a company which manufacturers sapphire products claimed quite the opposite during Mobile World Congress 2013, stating its sapphire panels were three times stronger than Gorilla Glass, saving phones from a cracked screen more often. Perhaps it’s all just technicalities. Were they referring to the older Gorilla Glass version 2, or the new version?

Regardless of which glass is the better of the two, competition in the field can only be good for consumers and the protection of our smartphones.

Gorilla Glass 3 has been installed on the Samsung Galaxy S4, and will appear in Asus Ultrabooks.

Future versions of Gorilla Glass are being developed and refined to improve screen performance in direct sunlight, and also kill germs and bacteria.

Sapphire glass is commonly found in high-end luxury phones and watches where a cracked screen would be an expensive affair to replace.