How A Shy Marissa Mayer Rose To Become Yahoo CEO

There is no one else in the world quite like Marissa Mayer, CEO of Yahoo.

At just 38 years old, she became a mother and the CEO of a 30 billion dollar company around the same time. She is a wife, a mother, an engineer, and perhaps a superwoman. How did she get there? She’d tell you, it’s taken a lifetime of work.

She’s succeeded in an industry dominated by men and where corporations are expected to line shareholders pockets before considering anything else. Yet, she is obsessed with putting the customer experience first. 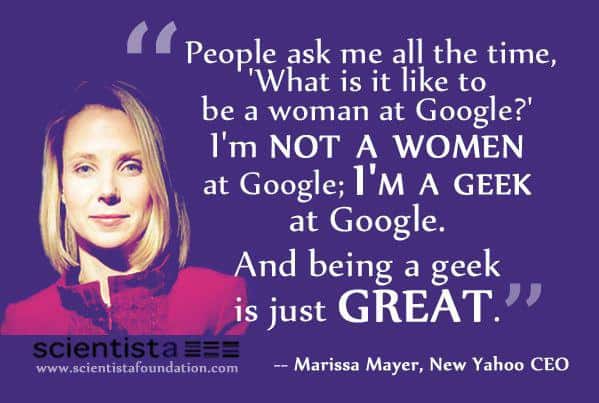 Mayer calls herself a geek. A geek worth somewhere north of $US300 million. She’s been known for being socially awkward and showing an air of arrogance towards her peers.

“Marissa makes the decisions she feels are right, and history proves that she probably calls it right.”Google co-founder, Sergey Brin 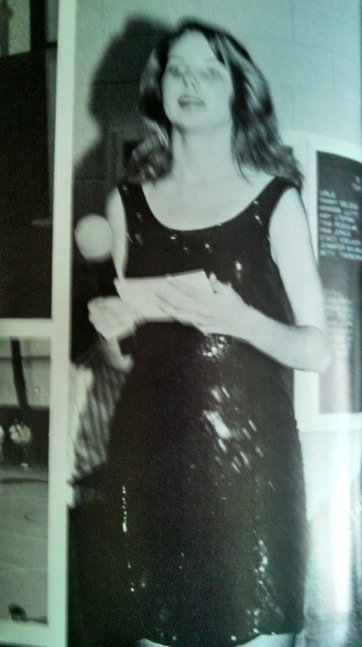 As a kid, Mayer’s classmates did not know what to make of her. Mayer says she was painfully shy. She took piano lessons, played volleyball and basketball, went to swimming and skiing lessons. She took ballet for dozens of hours each week while at middle school and high school.

Her mother says ballet taught her criticism and discipline, poise and confidence.

Her dedication to studying paid off in 1993 when she applied to, and was accepted into, 10 schools, including Harvard, Yale, Duke, and Northwestern. She picked Stanford.

She says she wanted to find a major that would train her to “think critically, and become a great problem-solver.” She wanted to “study how people think, how they reason, how they express themselves.”

“Geeks are people who love something so much that all the details matter.”Marissa Mayer

Mayer opted for symbolic systems — a combination of disciplines including linguistics, philosophy, cognitive psychology, and computer science classes, and graduated with a master’s degree in computer science, with a speciality in artificial intelligence.

“It felt like she was the smartest student in the room — and the most serious. You always knew those two things about her. Very smart. Very serious.”

Marissa Mayer’s first job after graduating was to join Google as a programmer and rose to become the executive in charge of designing its homepage, creating its product management structure. She quickly became the face of the company.

During her first two years at Google, she worked 100 hours a week as a programmer, sleeping just four hours a night.

“I have a theory that burnout is about resentment. And you beat it by knowing what it is you’re giving up that makes you resentful.”Marissa Mayer

Marissa’s self-described shyness does not show when she is in front of a crowd. Here, she talks at Stanford during her days at Google.

People at Google credit her with the success of not just Google search, but also many other products including Gmail, Google Maps, and Google News.

But after 13 years at Google, she was surprised to find herself contemplating leaving Google.

During her interview with the Yahoo board for the CEO role, she described her long familiarity with Yahoo and its products.

She described how Yahoo products would evolve over time under her watch.

Her presentation included an extraordinary amount of detail on Yahoo’s search business, audience analytics, and data. She talked about fixing Yahoo’s culture with more transparency, perks, and accountability.

She named her perceived weaknesses, and explained how she planned to address them — including by hiring people who had the skills she didn’t have.

Yahoo’s websites were getting fewer and fewer visitors every year. Meanwhile, Yahoo’s mobile apps were being largely ignored. For years, Yahoo’s most talented executives and engineers had been quitting the company to join faster-moving rivals like Facebook and Google.

The Yahoo board had to ask themselves the biggest question of all: Can Marissa she save Yahoo?

The board unanimously voted to name Marissa Mayer the new CEO of Yahoo in 2012.

When the board called Mayer to offer her the job, she did not accept it right away. First she had some news to share.

She was five months pregnant. The board didn’t flinch. She got the job.

Mayer may be a role model for millions of women but resists calling herself a feminist. She even infuriated working mothers across the world when she banned Yahoo employees from working from home, and separately, in an interview for Fortune Magazine said “The baby’s been way easier than everyone made it out to be”.

The controversy around the comments come in light of the fact that she took just a two-week maternity leave. Thanks to her incredible wealth and power at Yahoo, she had a lot of help with Macallister.

At home, she had a full-time staff. At Yahoo, she knocked down a wall in her office and set up a nursery so that Macallister — and his nanny — could come to the office with her every day.

Mayer wasn’t at Yahoo to socialize. In one early meeting Mayer said that Yahoo was going to fail — shut down — in the next few years if it did not get things going soon. She told a top product executive that Yahoo lagged in innovation and talent, and that its culture was broken.

A year after Mayer took over Yahoo, the company’s stock price was up 100 per cent.

Peers from every stage of her life — from her early childhood days to her first year at Yahoo — say Mayer is a shy, socially awkward person.

Most press photos of Mayer today show her on a stage, speaking with an interviewer in front of a large crowd or a TV audience. She’s usually wearing a designer dress — probably from her favorite designer, Oscar De La Renta — and looking strong, confident, and in charge of the moment.

Her husband, Zachary Bogue says about their marriage,

“We continue to do work in the evening. There’s never a distinct line between work and home. Marissa’s work is such a natural extension of her. It’s not something she needs to shed at the end of the day.”

In one of her first big moves as new CEO, Marissa was pivotal in taking a hands-on approach to acquiring the youthful social network Tumblr in a move to widen Yahoo’s user demographic and save the company from it’s death-spiral.

Read more at High School Drop Out Demands Yahoo Give Him $1 Billion For Tumblr.